Media Coverage: This house has been extensively covered by the media. See this page to read what has been written about the J.W. “Blind” Boone house. 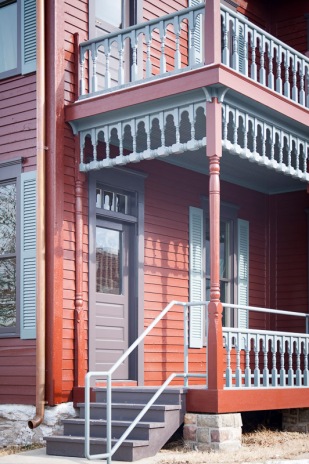 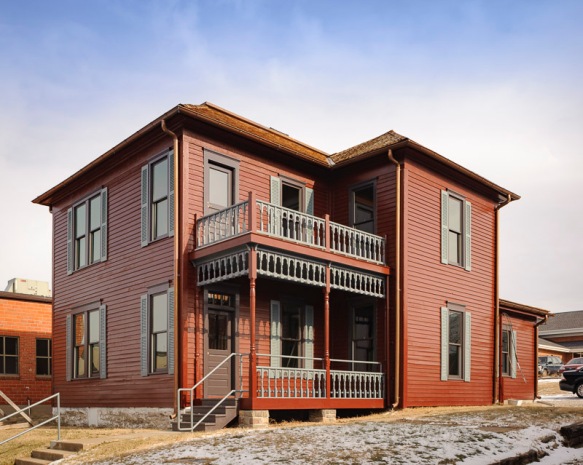 A website went up in July 2010 to publicize the efforts, educate people and to provide a place where people can learn and make contributions.

The home of John William “Blind” Boone at 10 N. Fourth Street is a perfect example of history that could have been lost, but for the efforts of dedicated volunteers and public funding.

The residence of an African-American pianist who played and composed ragtime and classical music and resided in Columbia until his death in 1927, it was nearly lost to renovations and decay.

Boone was one of the most famous men from Columbia, but after his death in 1927, his home was sold and once housed the Stuart Parker Memorial Funeral Home and then the Warren Funeral Chapel. The Warren enterprise was the only African-American-owned business to survive the urban renewal razing of the 1960s, according to a Special Business District and Central Columbia Association website publication.

But when the city purchased the home in 2000, it had termites and structural damage. It required nearly half a million dollars in improvements.

The home itself isn’t very special; it is simply a two-story wood frame home, but the history it embodies is priceless. Despite being born during the Civil War and then becoming blind through efforts to reduce a fever by removing his eyes, Boone’s slogan as a touring pianist and composer was “Merit, Not Sympathy Wins.”

In 2012, a ragtime festival named in his honor, “The Original ‘Blind” Boone Ragtime & Early Jazz Festival,” was held on June 9 and 10, 2010 in the Missouri Theatre Center for the Arts on Ninth Street.

For more information about the Boone home and its history, see these two articles:

This site uses Akismet to reduce spam. Learn how your comment data is processed.